In A New Light: Does God Ever Leave Us? 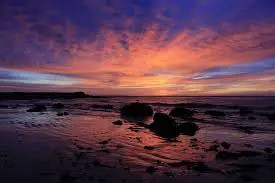 Many times while watching documentaries, I have heard Jewish survivors say that God was no there during that evil period we know as the Holocaust. Each time I would hear one of them say it, an uneasy feeling would pulse through me. I guess as a Christian who has been taught that God is always with me, it gave me pause and challenged my traditional beliefs. To have endured such evil, perhaps I too would feel the same way as these people. I don’t know. But I do know it bothered me. Is God sometimes absent from our lives? For people raised in Christianity, it must seem almost as blasphemy to think such a thought. But I want to know.

I am not sure that the question has an answer. At least not a complete answer we are privy to in this realm of existence. It is intriguing to me though that it’s possible humanity is sometimes responsible for dealing with its own messes. There must have been many people in the world at that time who knew that an evil regime was in power, yet only a few ever tried to stop it. Most in the Axis countries did nothing. Maybe God felt like that He had given enough. Maybe He thought that so much had been given to humanity already and that it was time for us to learn a lesson.

Although those persecuted by the Nazis suffered the greatest as a whole without a doubt, everyone involved in a war suffers to some extent. Each country and each person suffers during conflicts. Perhaps He did step back and expect humanity to step up and finally learn the words by Edmund Burke, “The only thing necessary for the triumph of evil is for good men to do nothing,”. Maybe this was God’s way of saying that He did not allow this, but humanity allowed it by doing nothing when something had to be done.

If this were true, it would certainly explain a great deal about the miseries we suffer in our own lives. Perhaps free will carries a much greater meaning than we are willing to accept and thus accept its responsibility. As parents, do we not know that by allowing our children to make mistakes, we teach them? Does not requiring them to pay for those mistakes not teach them about the consequences of their actions or failure to act? I do not believe God punishes us for using our free will in poor judgment. I do, however, believe that he allows the consequences from it to serve as life lessons.

I further don’t believe that God ever abandons us entirely at any time. I believe He is always with us but remains silent and inactive while giving humanity the opportunity and the time to do what is right and noble. Perhaps those who believe God was absent in the concentration camps and occupied territories feel that way because God was silent just as he had been the 400 years between the Old Testament and the New Testament (Malachi’s Warning to the Jewish people). God did not abandon His children then; He remained silent while they found their way back to Him in their practices. Had He decided to abandon them, then what would have been the point of sending Malachi in 430 BC and Christ 430 years later?

These are simply my thoughts, nothing more. I find that writing allows me to explore the questions this life offers me. These writings are not proclamations of truth, but simply investigative writings which help me understand my world. It is always my hope to open up my mind and others’ as to new ways of seeing the world so that we may all have a better understanding of life and the role we play in it.