Putting The Pieces Together 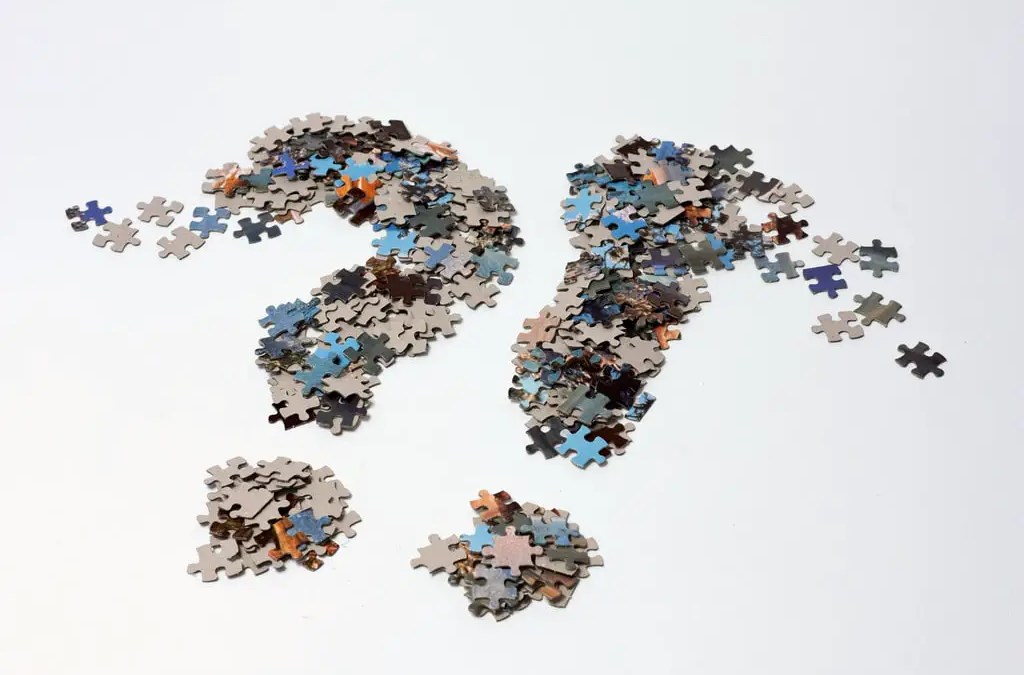 My mother once told me a story about a successful man from whom God took the use of his legs. I don’t remember all of the particulars but the gist of it was that the man had made choices in his life that led him to financial success. Apparently, God had other plans for him. Modern medicine could not find the cause of the man’s inability to walk and so the man writhed in bed from mental anguish as all he had worked for slipped away. He was helpless and in despair as nothing improved his situation. Depression set in and grew as weeks turned into months and the man became suicidal. Although not a religious woman, his wife called a priest to speak with her husband and talk him out of such thoughts.

While in the man’s bedroom, the priest noticed a very unusual carving on the dresser. He inquired as to its origin and the man said that he had carved it as a boy. He explained how he had loved to carve as a child, but his father had forced him to put away such childish hobbies as they were not a method in which to make a living. He had not carved any since. The priest, in awe of such a creation, persuaded the man to begin carving again as therapy. Miraculously the more he carved the more use of his legs he regained.

I believe that we need to revisit a part of my last blog when I write about doing what God wants us to do, according to His plan for us. Perhaps the Biblical phrase “Thy Will Be Done” comes to mind here. God does not create a universe and not retain at least, a certain amount of control over it. The problem it seems is that others, especially those who love us, often do not understand the amount of control these desires which God gives us impacts our lives. Just as the man who lost the use of his legs, his father believed that working with carving was not what was best for his son. He was wrong.

Although the father’s intentions were good, they were not God’s intentions for the man. I believe that creative people struggle with this more than any other type of people. I think it’s a fair statement that most creative people struggle financially, often for long periods of time, while attempting to use their talent to make a living. It’s a very difficult road to take and one that is often very long before reaching the destination we desire. What we must all understand though is that we didn’t choose to be this way any more than a person chooses to have cancer or limited intelligence. It was given to us before we were born for a purpose that is not disclosed to us.

We are beholden to a desire we did not ask for. And yes we do have a choice to not pursue that desire as did the man who lost the use of his legs. It is doubtful to me that God goes to such drastic measures with all of His children who do not follow the desires given to them. But I do believe that He keeps a sense of happiness from them, a sense of fulfillment even. It is that happiness which we seek above all else. And so we are only content when we are pursuing those desires.

Walls that are constructed and broken bridges are not to keep us from those following our hearts and from reaching our desires; they are instructions informing us that we must turn and follow another direction to reach what we seek.  What others may see as failures or mistakes we have made, God knows to be directional logistics. We should always listen to others as God provides direction in many ways, but we should never follow the words of those who do not understand that God sets a course for us based in faith and not in logic.

That pursuit is our journey. The failures, the triumphs, the losses and the gains are all part of what our desire is to teach us. Remember always that it is not others who must understand what we are doing. What God desires for us is not a riddle for others to solve, it is a puzzle that we alone must assemble in order to discover the meaning of who we are meant to be.